In the first graph, we can see how the International Buyer market in Spain has developed and diversified over the past decade. Before the GFC, the vast majority of IB purchases in Spain were by the British, but since 2012, we can see substantial growth from other Northern European countries, especially France, Germany, Belgium, Sweden and the Netherlands.
The total purchases carried out by the 10 nationalities included in this graph peaked at 32,809 in 2018, before falling to 29,459 in 2019 (a very similar number to the 29,877 purchases
recorded in 2017 and still significantly higher than the 27,689 registered in 2016). 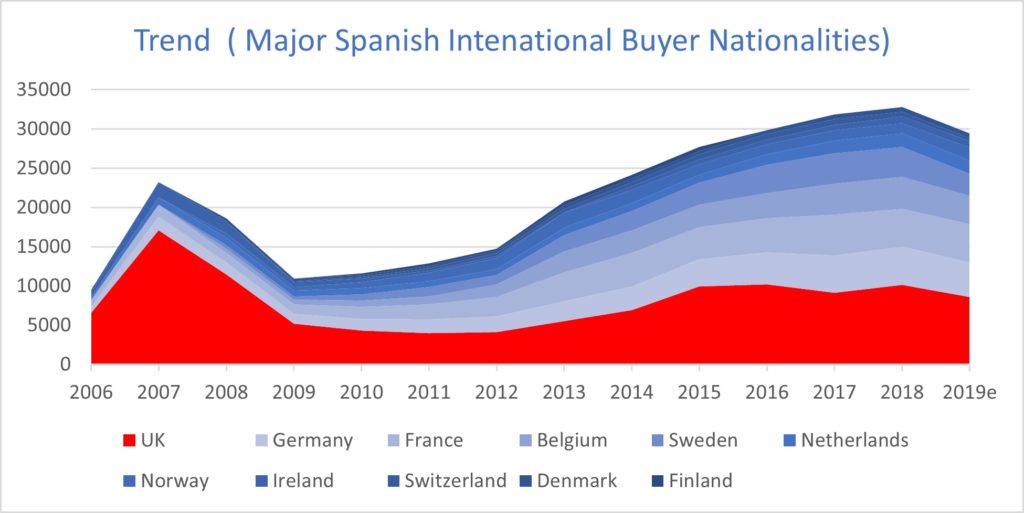 If we “zoom in” on the last 8 quarters, we can see more clearly what has been happening more recently, in a period that has suffered a slight reduction after a peak in 2018, due to many
factors, including Brexit and the financial situation in Germany. However, we can observe that the pattern of the portion of the market that each nationality
represents remains relatively stable, and we can assume that these nationalities will continue to show interest in purchasing a secondary residence in Spain over the next years.

Finally, we would like to share a “Heat Map” that we prepared last year after studying the number of international residents living in different areas of the Iberian Peninsula. In this map
you can see the areas with the highest number of international residents of all nationalities, and UCI’s presence in these areas. At your side, to attend your and your clients’ needs. 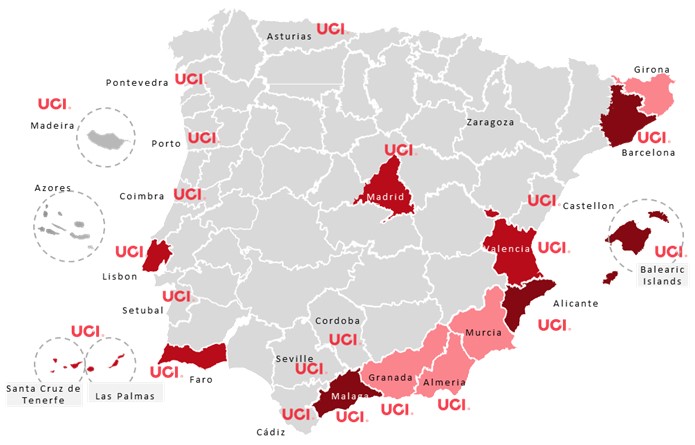